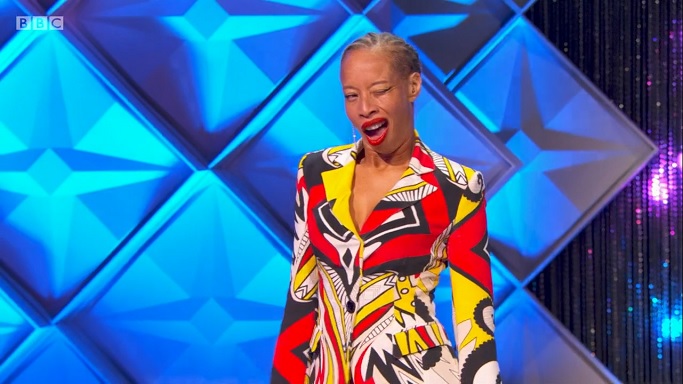 Can we just crown Stacey McKenzie?

The challenge this week was for the Queens to separate into 3 teams in order to create capsule collections out of different types of waste: Metal, Plastic and Paper – what we ended up with were three varying degrees of Fashion, Cosplay and Blind Panic. 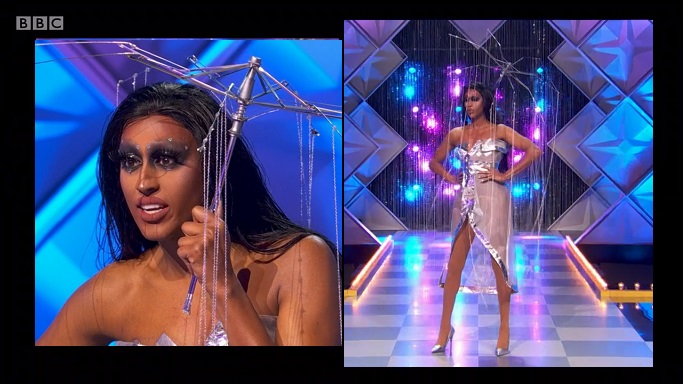 I am a bona fide Priyanka stan account, but ma’am this was garbage and the judges loved it – anyone else creating something that was precariously hoisted up with duct tape would have been DRAGGED for it – but when in doubt carry a skeletal umbrella and all will be good. 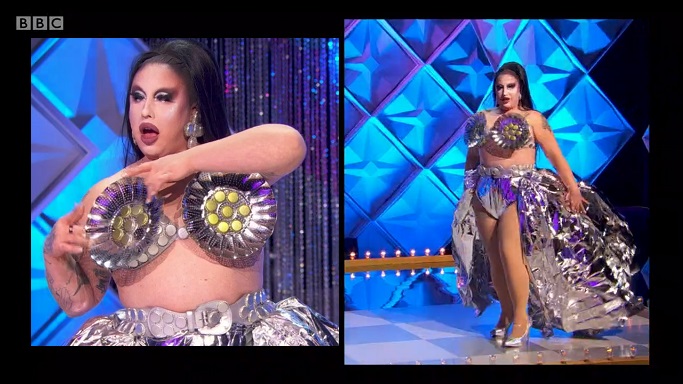 OK Boa, coming for Miss Jiggly Caliente’s baked potato drag. I did like the steamer boobs – it’s the best her cleavage has looked all season but that astro-nappy is unforgivable. 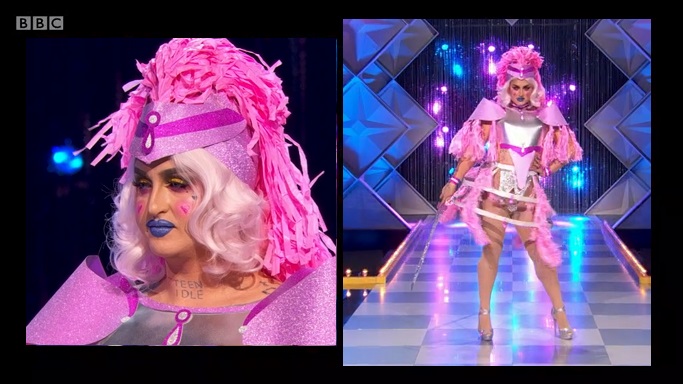 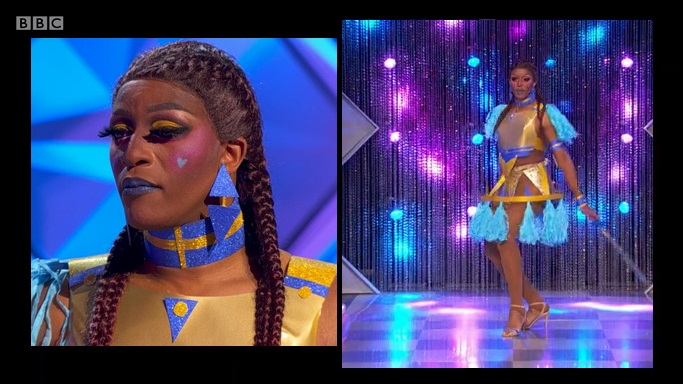 There is no way to rank these two separately because they made the same damn outfit and look like a pair of guest stars in an episode of Adventure Time. But I appreciate there was a level of construction and manipulation of materials that was entirely absent in Boa and Priyank’s looks. 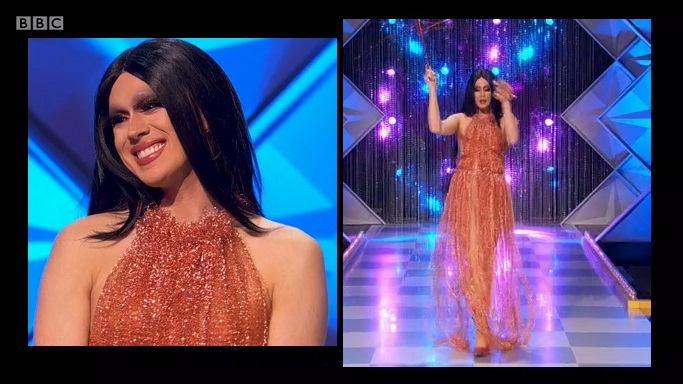 It was fine, it was pretty, the best transformation in terms of the materials but it doesn’t have an elevated fashion angle to it. 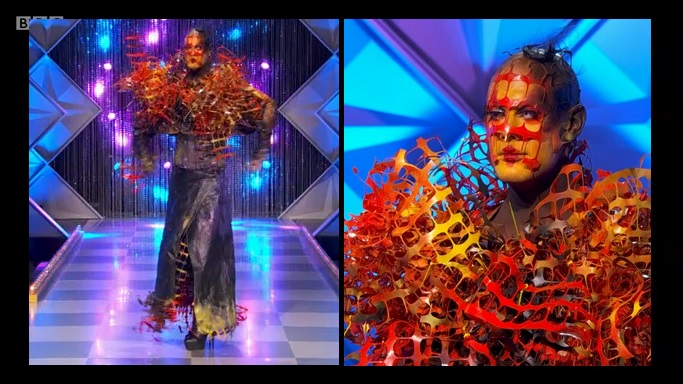 I think I found this to just be a smidge too messy – I get that she was going for that chaotic Club Kid aesthetic but I think it could still have maybe had just the plastic mesh on the face removed. But it also just might be the terrible lighting’s fault. 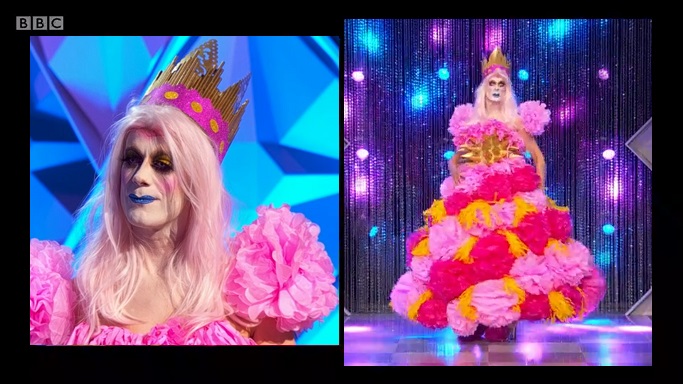 First of all: The Makeup – JBC had a big issue with it not going down her arms which given Jimbo’s inspiration was the 18th century France and the whole thing was that you powdered your face and neck and nothing else, so it wasn’t an issue for me. Second of all: I continue to love that she dresses up as creepy pasta characters – there is noway there isn’t a cursed Disney Princess story out there that doesn’t match this description. 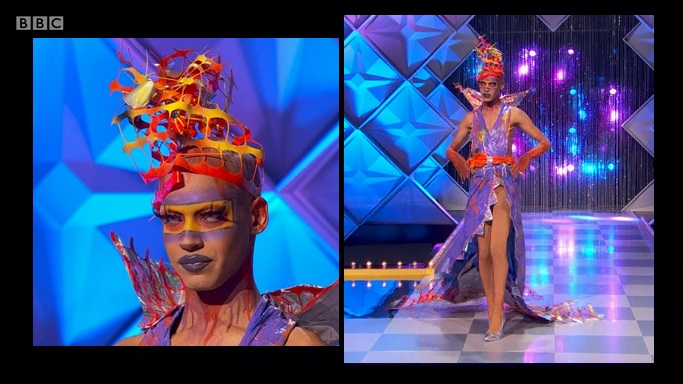 I like that she took her critique from last week and really swung for the fences – it’s dramatic, it has a lot of movement and shape – it’s a welcome step up from the last couple of weeks of short shift dresses. 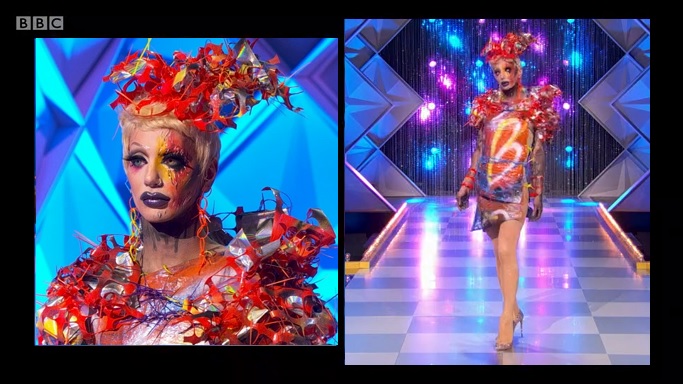 This is divinely Vivienne Westwood-esque and the way her makeup melds into her outfit is beautifully done – it’s certainly the most clothing-like of everyone and you could certainly see some unfairly fashionable person wearing this somewhere. 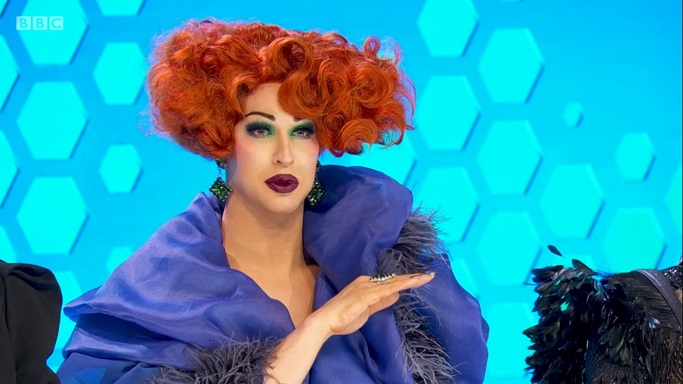