The show has a great dental plan.

The category this week was Her-story Repeats itself and the Queens had to wear an elevated version of the outfit they wore for their first time in drag – and I was genuinely surprised that we only had on 2 or 3 Halloween Queens – the jury is out on where Rita Baga was going dressed like Bill and Ben the Flowerpot Men. 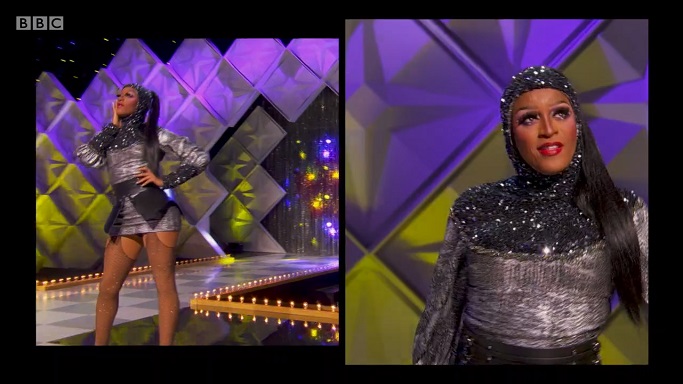 I mean, when Zendaya has already done the whole Medieval/Joan of Arc look to the absolute highest standard it could ever be done, then everyone else is always going to look a bit disappointing. Although, I think this wold have been vastly improved without the mudflap peplums. 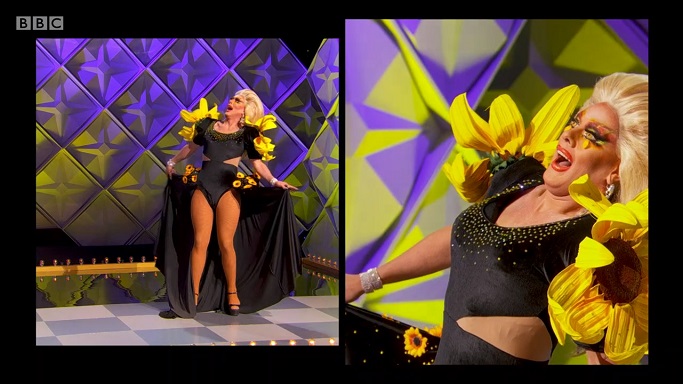 Were the legs being terracotta a purposeful nod to a flowerpot, I need to know. 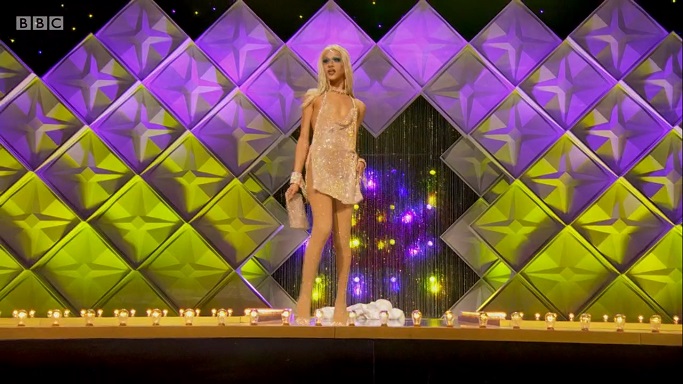 Never let it go unsaid that skinny queens get away with murder. 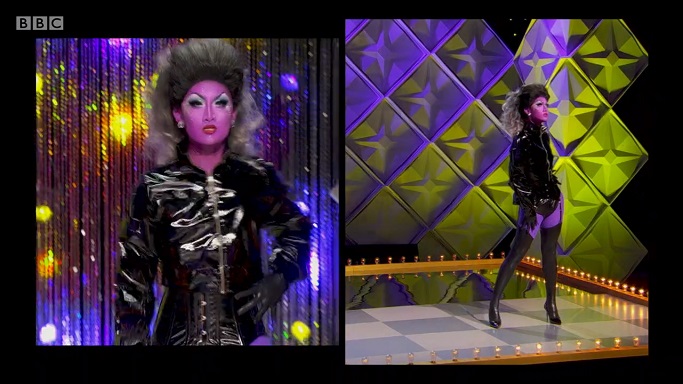 I love everything about this individually, and the idea of Lesbian Biker Sea Witch does tickle my fancy, but somehow this just ends up looking like a nemesis of Doug Funnie. BUT, I don’t think the makeup was as bad as the judges made out: 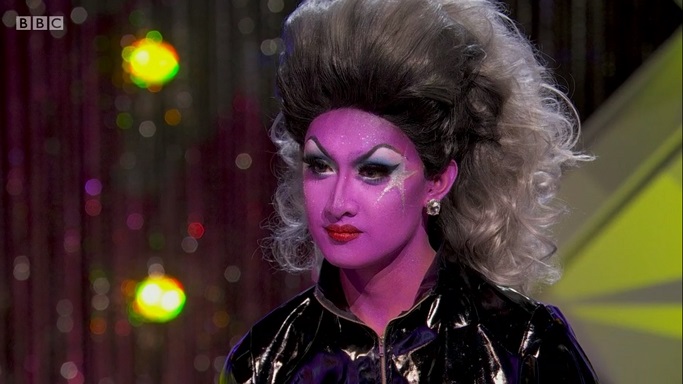 The shimmer to it was stunning and it was by far and away better than Blair St. Clair’s pink runway YES I SAID IT. It should absolutely have been a black lip though. 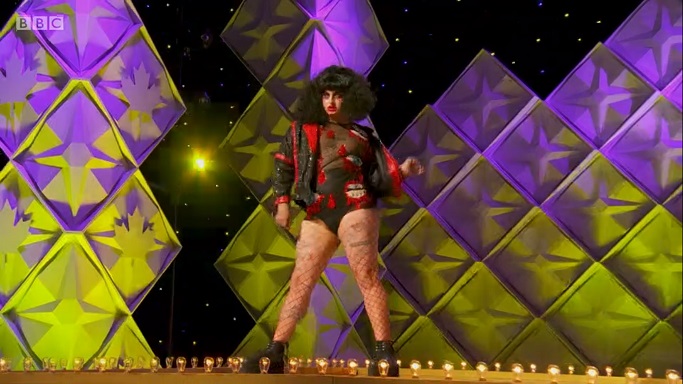 I love the Kat from Euphoria vibe this has – and just the punkiness in general BUT, the makeup 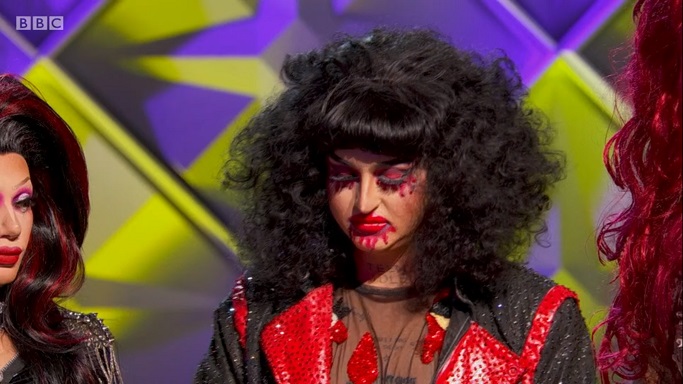 It just lacked refinement – but her presentation on the runway is a joy, can more queens skip? 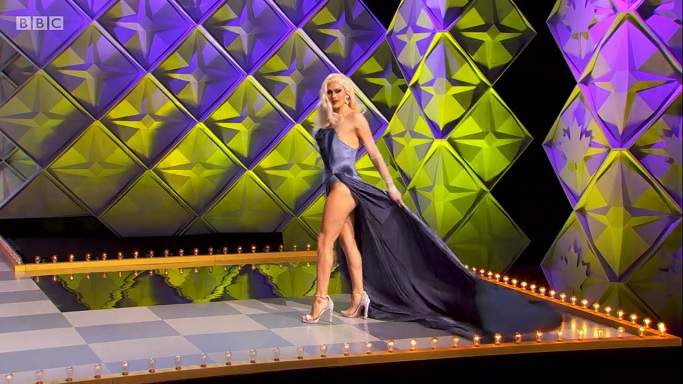 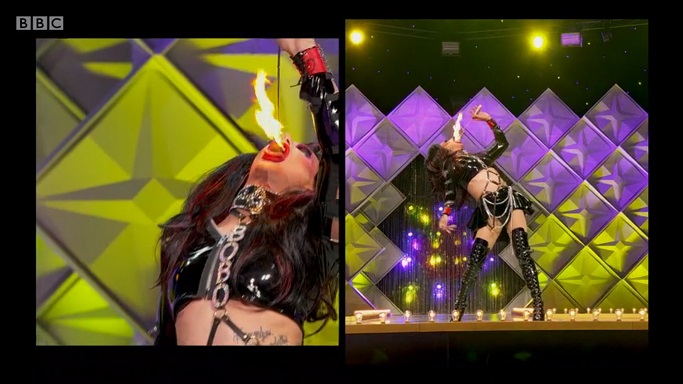 Is she ranked this highly mainly for eating fire? Yes, C.U.N.T. must be rewarded after all – but this is some Season 9 Trinity The Tuck tickity-tack-tack-tackery. 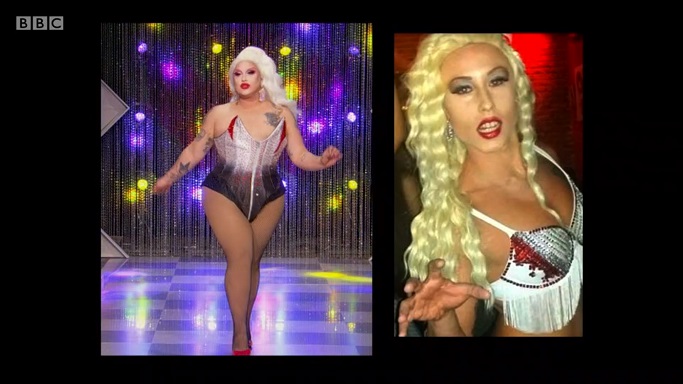 Her shape in this is gorgeous – it just fits so impeccably and I think the slightly vampire-esque design is really cool and it’s a superb elevation of her first time in drag. 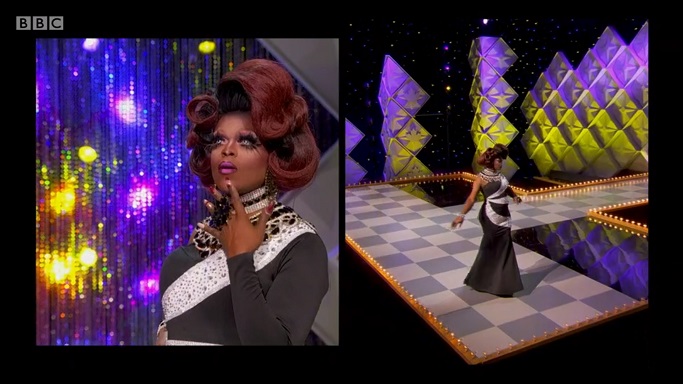 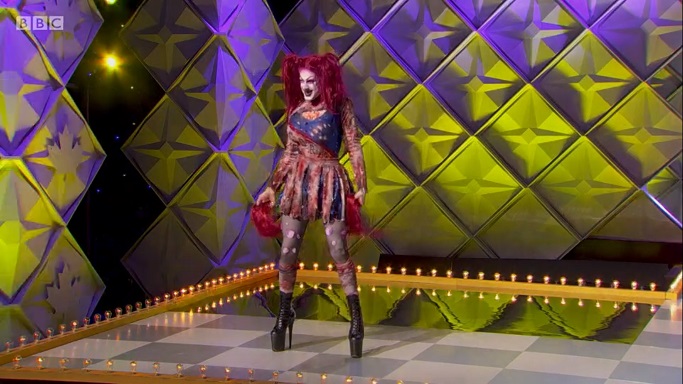 Jimbo continuing to just do Creepy Pasta cosplay – I have no choice but to stan. 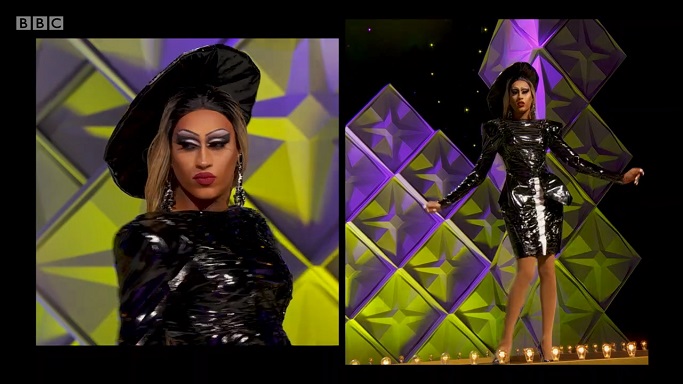 Absolutely robbed this episode. I just love that she had to walk down the runway so Goddamn slowly because that hat was so precariously perched – it was somehow the fiercest thing we’ve seen on the franchise in sometime because you could almost hear the floormanager hurrying her along.